Kappa Delta was My Backbone 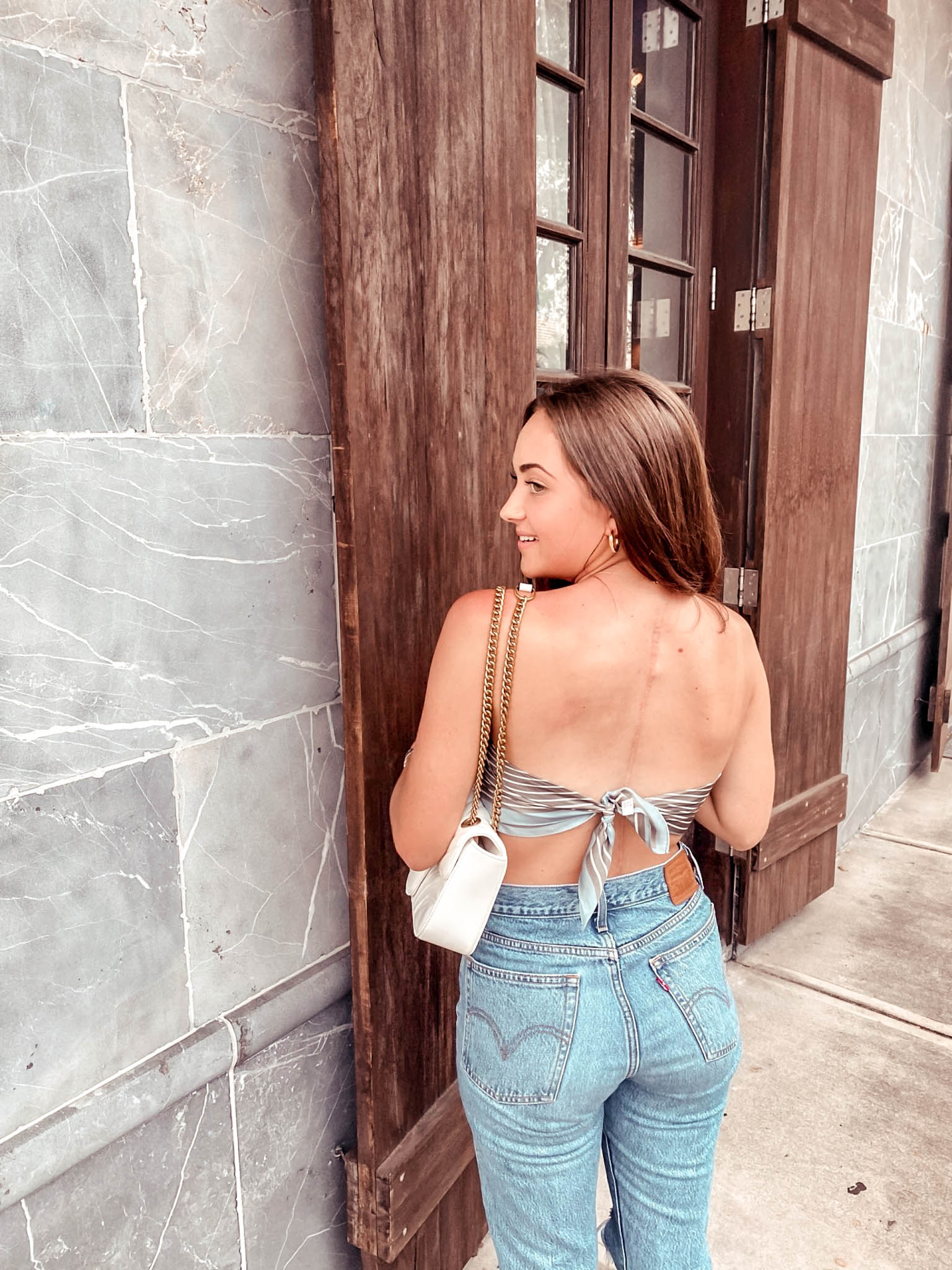 Kappa Delta Mentoring Program: Helping Sisters in their Career and Beyond

This past August marked the two-year anniversary of Alexandra Gagliano (Beta Pi-Florida) undergoing major surgery on her spine to correct severe scoliosis. After more than a decade of living with chronic pain, feeling uncomfortable in clothing and wearing a back brace, Alexandra felt brave enough to make a change. “Without Kappa Delta, I never would have gotten to that point,” she says. “I owe it to the people in my chapter, 100%.”

Managing back pain had become such a normal part of life that Alexandra had almost forgotten what it was like to live without it. “If you saw me, you would have never known unless I was wearing a bathing suit. My shoulders and hips were completely uneven, and one side of my torso was tilted. It was so hard to find clothes that fit me right, because my shoulders were so uneven that my shirts would get caught in my armpit,” she says. “I never slept, and I had migraines all the time.”

She discovered the reason for her discomfort when it began to affect her ability to dance, a passion that she would later pursue in college. “In seventh grade, my mom brought me to a chiropractor, and he said, ‘Oh, you have severe scoliosis.’” From that moment on, Alexandra began searching for ways to cope: chiropractor appointments twice a week, physical therapy appointments once a week, massage therapy and even acupuncture. “I did so many things to try to fix it. Finally, I got a back brace,” she says. “I wore it throughout high school, and it was pretty traumatizing. I got bullied for that a lot.”

A first-generation college graduate, Alexandra was unsure about recruitment when she moved onto the University of Florida campus as a freshman. However, once she walked through the doors of the Kappa Delta chapter house, everything changed. “Kappa Delta was it from the start,” she says. “When I look back on my college experience, Kappa Delta laid the foundation for everything else.”

Even with her scoliosis causing constant pain, Alexandra was determined to have a great college experience. She double majored in dance and journalism, served in various leadership positions in the chapter, and found internships during the summers, all while managing her chronic back pain. At first, she felt self-conscious of her back brace, choosing only to wear it at night to avoid drawing attention to it. But Alexandra quickly realized that her KD sisters weren’t like the high school bullies: they cared about her well-being. “They would always check on me about my back. They drove me to chiropractor appointments or physical therapy appointments. It was a priority for them.”

Alexandra’s back post-surgery during her hospital stay.

However, it was during the 2019 Kappa Delta National Biennial Convention that Alexandra had a breakthrough. Her pain was at an all-time high, and all summer she looked forward to the distraction attending convention would offer.  In a session lead by former Kappa Delta Sorority and Foundation executive director, Pamela Nix, Alexandra heard what she needed to hear find the confidence to make a change. “Pamela was so powerful; she said the right things at the right time,” Alexandra remembers. “She said, ‘You need to take control of your life,’ and in that moment I felt my heart pound in my chest. I left the room and immediately called my mom and told her I was ready for surgery. I’d never even said the word ‘surgery’ to her before in my life. Had I not been sitting in that room listening to Pamela, I don’t know if that would have occurred to me.”

A few weeks later, Alexandra prepared for a spinal fusion surgery that would straighten the ‘S’ curve of her spine. “It was a five-hour surgery,” she recalls. “And those five days in the hospital after I woke up were miserable. I had to learn how to walk all over again.” With an additional 36 screws, two rods and a hook added to her spine, she left the hospital to begin her recovery. While many would choose to recuperate at home from an intense surgical procedure, Alexandra felt the place she would heal the fastest was, in fact, the Kappa Delta house.

A piece of digital artwork created for Alexandra by one of her artistic chapter sisters.

As soon as she arrived, Alexandra’s Beta Pi sisters made sure she was comfortable and cared for. “I couldn’t do anything. I couldn’t shower, couldn’t wash my hair, couldn’t even tie my shoes,” she says. “But they carried me up the stairs. They were constantly coming in to check on me. My sisters cleaned my room every day and made my bed.” When she returned to the doctor for her post-operative appointment a few months later, he was shocked at her dramatic transformation. Alexandra had rapidly rebounded from surgery and was well on her way to living a normal, pain-free life. “It was because of my sisters that I healed so fast,” she says. “I don’t know if I can confidently say that I would have had the support to get through [my recovery] and be where I am today without Kappa Delta.”

Today, Alexandra is grateful to have found the courage to undergo spinal surgery, as scary as it was at the time. She hasn’t had a migraine since, sleeps through the night and reports that her pain level is almost nonexistent. “I didn’t realize how much pain I was in until it went away,” she says. “My quality of life is so much better.”

Even after being out of college and working in the professional world for almost two years (Alexandra currently works at Kappa Delta national headquarters as a collegiate experience associate), she still credits her chapter with helping her heal. “Kappa Delta was there for me when I needed it most,” she says. “I don’t think I would be the same person or even if I’d have had my back surgery if it weren’t for Kappa Delta.”