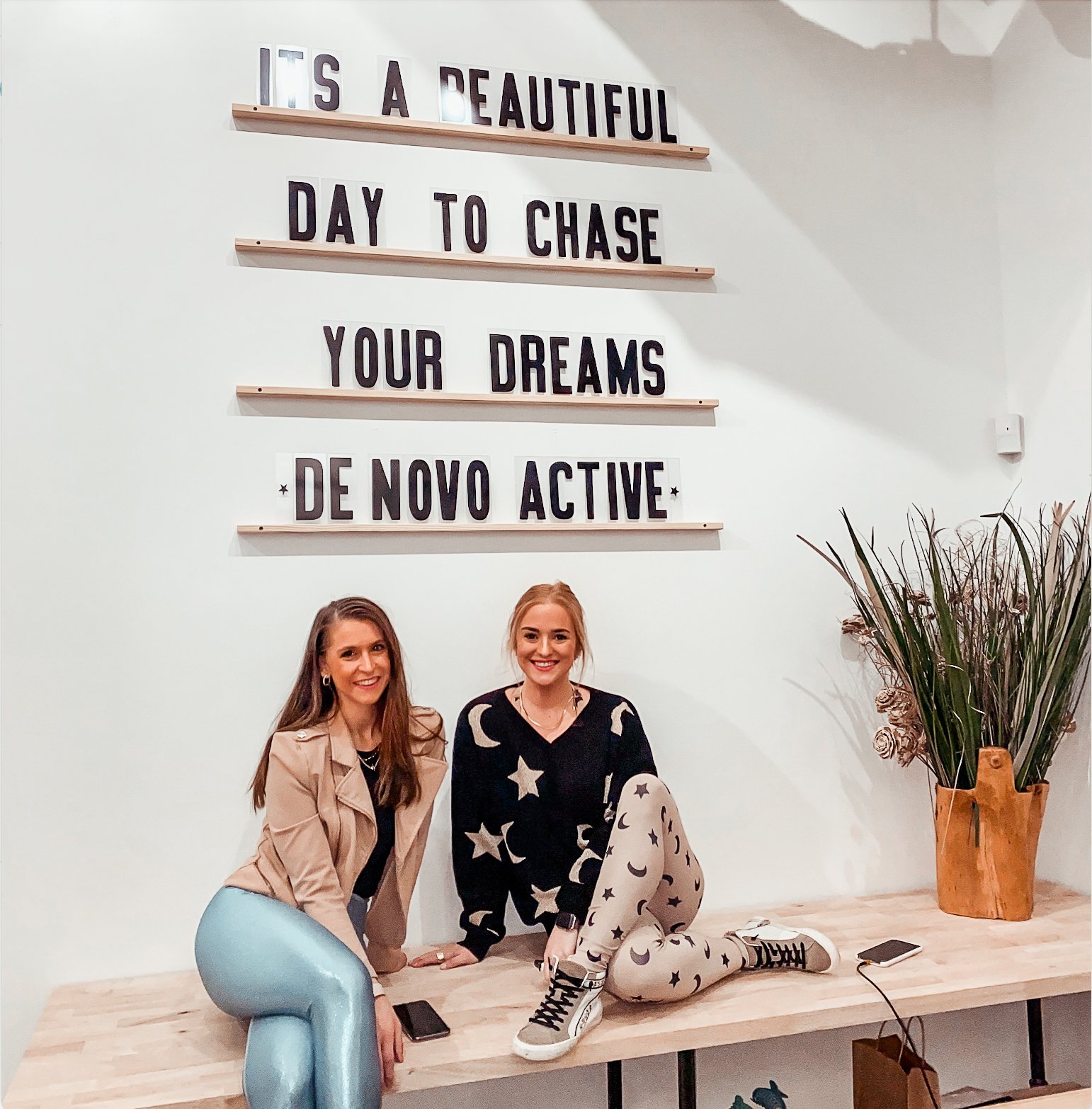 Back to the Basics of Mental Health

With nearly 290,000 members, you’re bound to run into a fellow sister at some point. Many of us have had an experience where you spot those “Kappa Delta” letters on a stranger. You may be walking through the airport and say a quick, “AOT!” to a woman doting a KD sweatshirt. Maybe you’ve traveled to a new state and saw a stranger wearing that well-known nautilus shell, you knew you’re not really strangers, but sisters! For Lawrence Woodson (Zeta-Alabama), this special connection occurred in a parking lot. This immediate bond of sisterhood led to more than she could have ever anticipated!

Lawrence Woodson joined Kappa Delta at the University of Alabama in 2014, before the start of what we all know as the infamous #RushTok. She returned to her hometown, Fort Worth, TX, following graduation. While she was quite a trek away from her home chapter, she still found the bond of Kappa Delta in Fort Worth when she attended a networking event for fitness influencers in Dallas in 2019. At that time, she didn’t have much of a social media following but had high aspirations. While she enjoyed the event, she couldn’t help but feel like an outsider within that community of influencers. As she plopped into the driver’s seat of her car, feeling somewhat defeated, she had a quick change of heart as she had a spark of recognition. A fellow attendee was also entering her vehicle, one with a bumper sticker that read, “Kappa Delta” in those notorious bold Greek letters.

Lawrence quickly hopped out of her car to introduce herself to this stranger with whom she shared the bonds of sisterhood. They chatted, discovering that Christy Bowie (Eta Alpha-Texas A&M) graduated the same year as herself. They connected over social media and through some extensive scrolls on Instagram, got to see a bit more into one another’s lives. At that time, Christy was a financial advisor and small business CPA for a Big Four firm. Lawrence was an athleisure buyer in Fort Worth. When COVID-19 hit, Lawrence lost her job and took to Facebook to find a new position within the fitness industry. Christy quickly messaged her and asked if they could hop on a call to go over Lawrence’s experience running a retail business. Little did Lawrence know; she was calling to ask if she would move to Dallas to open a fitness apparel store together. Four days into the COVID-19 lockdown they filed their LLC.

As they continued to see this dream to fruition, the two women purchased a mobile boutique truck to test out various regions of the metroplex for nine months.  “We quickly outgrew the truck and opened a summer pop-up in Bishop Arts in Dallas,” says Lawrence. “In October of 2021, we opened a permanent brick-and-mortar store for their brand, De Novo Active. We could not be more thankful to Kappa Delta for bringing us together.”

The mission of De Novo Active and Kappa Delta largely aligns; to build confidence in women. Lawrence stated, “Our primary goal is to help women feel their best, most confident selves every time they step into the gym. Female empowerment was one of the strongest core values we prioritized throughout the whole process. We both attribute that to our experiences within Kappa Delta.”

Christy’s goal was to build the business and eventually pass the baton to Lawrence. Christy now owns her own personal financial advising firm, and the store is exactly where they wanted it to be for Lawrence to take the reins and own the store. Lawrence says, “While we will always remain best friends (honestly more like sisters), Christy is focusing on her wildly successful accounting firm. I’m so thankful for not only the friendships made within my collegiate chapter, but also the massive network of women KD has given us.”

Another member of the Kappa Delta chapter at the University of Alabama introduced Lawrence to Barbara Corcoran, an American businesswoman, investor and television personality. You may have seen Barbara on the popular TV show, Shark Tank! Lawrence was even featured on Barbara’s podcast through this connection, opens in a new windowcheck it out! Lawrence exclaims, “We’re so proud of our store, and want to share our story to encourage fellow KD alumnae to opens in a new windowget involved with other alumnae within your community. It may just make your wildest dreams come true. Joining Kappa Delta changed my life in so many ways and continues to do so today.” You never know, you might end up with a business all because of a bumper sticker.